The Monetise team is heading to Las Vegas for its sixth consecutive visit to Affiliate Summit West next January.

Co-Founder James Anderson will head a four-strong team of managers that boast experience totalling nearly a quarter of a century in the affiliate industry to the Paris Hotel in Las Vegas for three days of networking from Monday 27 January.

James said: “The Vegas show is always a popular one for affiliates and advertisers, and it’s a great opportunity for us to further solidify our position as the global leader in lead generation. 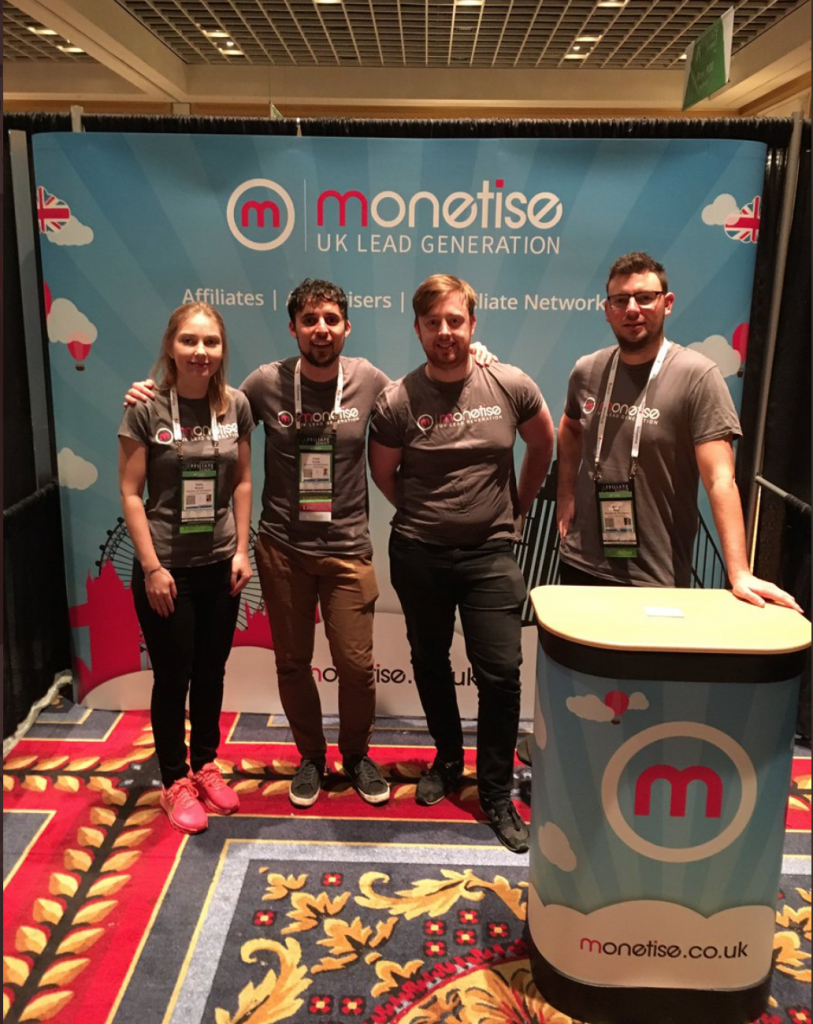 “We have experienced significant growth on the international side of our business, having developed strong partnerships with brands and publishers in Europe, Australia, Asia and the United States over the course of the past 12 months, so we’re really looking forward to making new connections at ASW and accelerating our growth even further.”

Monetise has had a record-breaking year that has seen the team generate more than 3,000,000 leads across an array of industries, including gambling, finance, surveys, sweepstakes, home improvement, and many more. 2019 began with the catalyst that was a successful ASW in the States, and we’re confident it will provide the foundation for another tremendous year in 2020.

Joining James at the show are:

Ricky May – Head of Network Strategy

Keep your eyes peeled on the Monetise social media channels as we prepare to launch our meeting schedulers, so you can book an appointment with a member of the team and talk business.