We will be attending Affiliate World - Dubai in February, 2022. Contact us to meet. 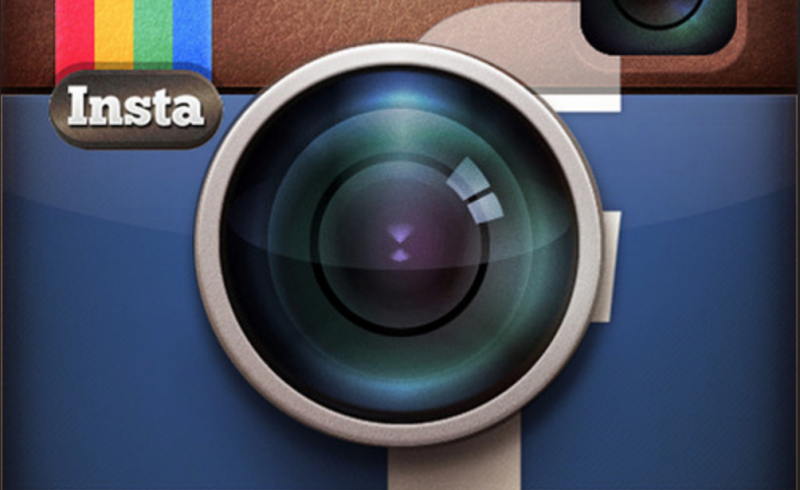 Paid adverts have been a seamless part of social networking feeds for quite some time now. ‘Sponsored’ and ‘Featured’ posts slip smoothly on to our timelines, booted with the ability to like and share just like any other.  Gone were the days that ads popping up on your feed were as alarming as that idiot you unfollowed months ago. But everything is changing.

Facebook-owned Instagram recently announced it will be rolling out a switch to the same algorithmic feed as Facebook and Twitter. This means more popular posts will be shown at the top of feeds and importantly, first. News that chronological will be a thing of the past has caused some serious backlash.

Instagram has stated ‘the order of photos and videos in your feed will be based on the likelihood you’ll be interested in the content, your relationship with the person posting and the timeliness of the post’. Although this is what Facebook and Twitter do already, yesterday thousands of users posted the comment ‘stop the update’ all over Instagram’s official posts and took to Twitter to voice their outrage about the change. There is even a ‘Keep Instagram Chronological’ change.org petition with over 300,000 signatures. Instagram responded via their Twitter account to say “We’re listening and we assure you nothing is changing with your feed right now,”. Emphasis on the right now.

Popular brands, bloggers and celebrities have been panic posting over the update by urging their followers to turn on notifications for their accounts,  meaning users will be notified every time they post and never ‘miss out’. People are annoyed by Instagram effectively saying they know which posts you want to see better than you do. It’s clear to see how the switch will arm users with increased cynicism and frustration with any out of the ordinary posts or paid adverts in the coming weeks. 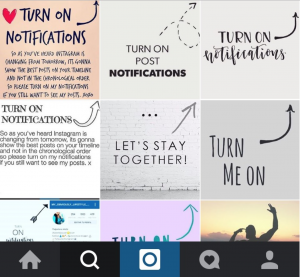 The organic reach of standard Insta posts will soon be very hard to determine as it’s no longer as straightforward as being seen by the majority of followers you have. Also, Instagram doesn’t have an official internal analytics tool yet like Twitter Analytics/Activity or Facebook Insights (though Instagram analytics extensions are available). For advertisers and brands not paying for ads, the new algorithm might pose a real threat to organic reach.

So how can social media affiliates and marketers tackle the change and adapt to the algorithms of the social media giants? We’ve put together some tips tailored for Instagram that can also help across all three of the major networks.

It’s more important than ever for social media ads to blend in with a user’s feed. Posts will have to be planned with a lot of care before their upload, and knowledge of the target audience is crucial to this planning; what is your audience responsive to, what do they find engaging, and what will they find to stick out like a sore thumb on their feed?

It has always been obvious that an ad needs content that is going to be worth a like; likes often lead to increases in followers and the reach of posts. Now they’re also crucial to boost an ad up a user’s timeline as it becomes more popular. Ads will have to be relevant and engaging in order to compete with the other posts out there.

The posts at the top of our feeds will soon be mostly celebrities and the most popular Instagrammers we follow. A couple of weeks ago we pointed out why Kanye West should be making the most of affiliate marketing and with this new update, it’s even clearer he’s missing out. Many celebrities are already paid by brands to promote their products in Instagram posts and this is effectively a glamorous form of affiliate marketing. Obviously there are only a select few brands with the capability of paying popular accounts for recommendations, but don’t miss the opportunity here if you’re an affiliate marketer…

Due to the algorithm change, paid ads are likely to become less well received by users and seen as more intrusive. Here lies an opportunity for affiliates to adapt. Posts that are more personal, influential, and less obviously an advert are likely to gain in popularity. Referrals, testimonials and reviews hold much more potential for engagement and high conversion rates than cold selling via paid ads. Social media affiliates should seriously consider building an influential status on Instagram for themselves and put out more personal, tailored posts that refer and guide people to offers and products rather than merely promote them.

#TurnOnNotifications – make sure to subscribe to our blog in case you miss our future posts!!

We’re only kidding, but you should.

The Future’s Bright – But is the Future Orange?