Risk-Taking Strategies Every Affiliate Marketer Can Learn From

Nobody wants to fail. But none of us want to go through life without taking our fair share of risks either. We all have aspirations in our personal and professional lives that warrant further exploration – for the sake of reward and fulfilment – no matter how counterintuitive such actions may seem at times. It’s no big secret that The Road Not Taken is every ambitious dreamer’s biggest failure.

So why am I sitting here telling you this? Most readers will know by now the necessities of risk-taking, and those of you who don’t will quickly realise that just because something is “risky” does not mean it’s a problem; the fact that people think risk is a problem, or a flaw, is the problem. Risk is an essential attribute of introducing an innovation to the world. It’s not a flaw.

“In order to innovate, you have to risk something. As in risk losing something. Usually money. Possibly reputation.”

Instead of listing all the reasons you need to embrace risk, change your mindset and seize the moment, I think it would be far more useful to look at proven examples of risk-taking within and outside of the entrepreneurial world. Take the following lessons to heart, spend some time thinking about what you can take from them and apply each to your own endeavours.

1. How one man risked his career and Apple’s entire reputation on the iPhone

Over the two-and-a-half years before the public had even glimpsed the first ever iPhone, Apple’s senior engineer at Cupertino, Andy Grignon, had dedicated every waking moment to the project – ensuring all the radios in the device worked properly – and come the day of the momentous unveiling, if the device didn’t make calls, or didn’t connect with Bluetooth headsets or Wi-Fi setups, Grignon had to answer for it.

The biggest problem? Grignon had rarely seen Jobs make it all the way through rehearsals of his 90-minute presentation without a single glitch. Even on the last day of rehearsals, at San Fransisco’s Moscone Centre, the iPhone was still dropping calls, losing its internet connection, freezing or simply shutting down.

“The idea that one of the biggest moments of his career might implode made Grignon’s stomach hurt. By 2007 he’d spent virtually his entire career at Apple or companies affiliated with it.”

FRED VOGELSTEIN – AND THEN STEVE SAID ‘LET THERE BE AN IPHONE’

Nobody can overstate the gamble Jobs took when he decided to unveil the iPhone back in January 2007. Not only was he announcing a brand new, unprecedented product to the world, he was doing so with a prototype that may not have worked properly.

But the risk certainly paid off; even though the iPhone wouldn’t go on sale for another six months, everybody wanted to own one right then. In the year’s that followed, Apple reshaped and defined the smartphone industry as it stands today. As well as going on to introduce the iPad and completely dominate the tablet market.

And what about Grignon’s career? Well, he no longer serves as an engineer at Apple. He decided to go it alone, to become the founder of his own platform and applications company.

2. How Nintendo went from King of The Hill to Top of The Mountain on a gambit 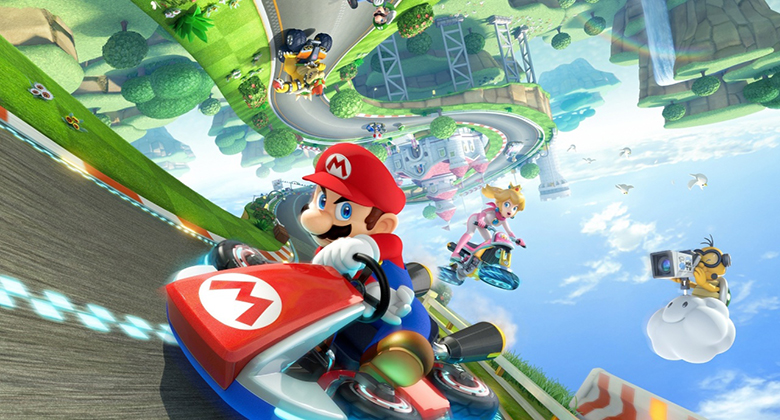 Back in the 1990’s, there was never any questioning Nintendo’s dominance in the home console market. Sure, there was admirable competition from rivals SEGA but the Nintendo giant reigned supreme; largely as a result of the fanatic customer base they had built over the years, accrued from a solid lineup of in-house developed apps and instantly recognisable icons, such as the likes of Mario, Donkey Kong, and The Legend of Zelda series. Nintendo weren’t just a corporation, they were a franchise synonymous with quality, from which loyal gamers had come to expect the very best.

So when Microsoft and Sony entered the fray almost a decade later, armed with superior hardware and a more diverse range of apps on offer, Nintendo needed to rethink their marketing strategy in order to stay relevant.

Rather than focusing their efforts on an established, albeit dwindling, customer base that had proved successful for them in the past, Nintendo decided instead to target an altogether different demographic. The family and casual-gamer market.

“We are serious about expanding what we do. We understand that
we’re not going to run our company just for hardcore gamers.”

This was an unprecedented move by Nintendo, or by any other games company for that matter. The industry has always been driven by those who play video games regularly; hardcore gamers with bags of leisure time to kill. Not mums and dads with busy schedules. Attempting to go after such a demographic was a huge risk on Nintendo’s part, but in 2006 they went ahead and launched their new games console – the Nintendo Wii – in conjunction with a strong “gaming can be for everybody” marketing campaign.

Expanding their target audience was a huge gambit for Nintendo. They had successfully captured the attentions of a generation largely ignored by the industry. Not only did it help the Wii outsell other games consoles on the market at the time, it also helped once again place Nintendo atop the gaming mountain.

3. How one man took a momentous leap of faith into the history books 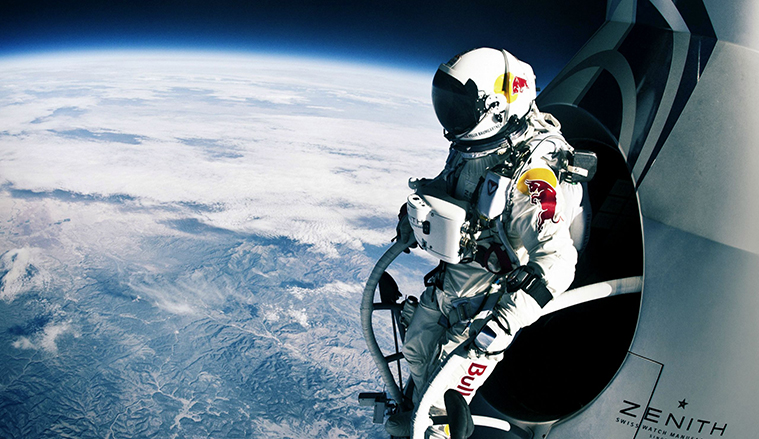 It’s worth remembering that, although financial gain is definitely a major incentive, risk can be its own reward at times. Australian BASE jumper Felix Baumgartner had nothing to gain but a spiritual achievement – alongside a place in the history books – when he dived at an altitude of 24miles above the surface of the earth.

From the outside, it’s easy to see the initial risk; quite literally putting his body up as collateral in pursuit of his dream. But long before Baumgartner committed his life to such a groundbreaking achievement, he’d already walked away from a promising career in politics in favour of something far more precarious. He didn’t only risk his mortality, he was risking whatever tatters of his life may remain should he try and then fail.

“I don’t mind failure but I can’t imagine that I’d forgive myself if didn’t try.”

Regardless of Baumgartner’s record-breaking success, his risk-taking has provided him with the freedom to fulfil his ambitions. Even in the face of failure – quite often in the shadow of death – he has taken momentous leaps of faith throughout his personal and proffessional lives, simply for sake of risk being it’s own reward.

Main Image; Shark (2003) by Jean-Marie Ghilslain. ‘Let There Be An iPhone’ image by Fred Vogelstein.

6 Ways to Spruce Up Your Affiliate Business This Spring