Dark Side of The Moon – Reviewing John Lewis Christmas Ad 2015 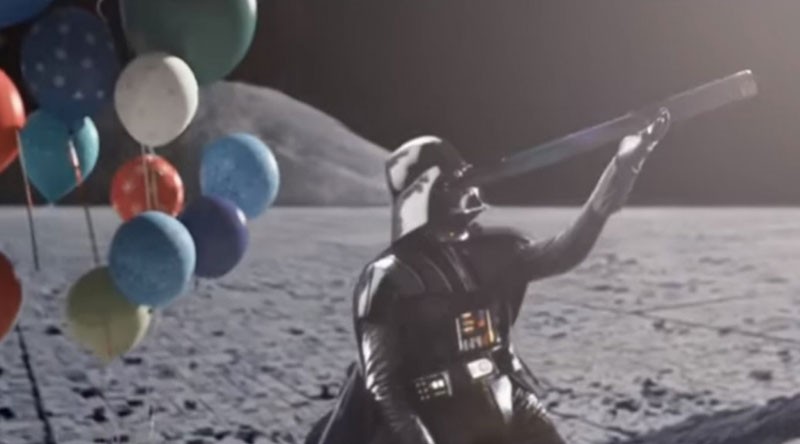 This year’s onslaught of Christmas adverts is finally underway and John Lewis is naturally leading the charge. But is it really as good as everybody is saying?

Another Christmas, another wave of adverts slogging it out for yuletide glory. Campaigns like these are fought and won every year, and it could be said that recent history has seen John Lewis emerge victorious three years running.

Even last year’s effort from Sainsbury’s, a bold, cinematic piece surrounding the 1914 Christmas Day truce between England and Germany, Silent Night drifting over the war-torn trenches and all, was no match for a stuffed penguin.

In something of a rather predictable move, John Lewis has once again gone down that saccharine route with their latest offering, The Man On The Moon, and naturally people are eating it up, probably getting type-2 diabetes at the same time.

Search your feelings, you know it to be true

The two-minute ad tells the story of a young girl with a very misleading telescope (presumably not available in John Lewis stores) and an old man who lives all by himself on the moon. Whilst observing from her bedroom window, many different attempts at interplanetary communication ensue, all of which fail, before she successfully delivers a telescope of his very own via balloon and the two can finally wave to each other.

In short, it’s a bit like that film The Martian.

Naturally everybody is talking about it and sharing it across social media, hailing it as the greatest Christmas ad since a business-savvy innkeeper put a ‘room to let’ sign in the window of his barn.

I for one am not so readily convinced.

I realise that pulling apart and being critical of a John Lewis advert is like performing a postmortem on a dead mermaid; both of which are cruel, heartless acts sure to make overzealous people cry, but that’s partly why I decided to write this post. I’m not in the habit of ruining things everybody enjoys, but it’s like seeing a mum light up a cigarette with her baby in tow – I just want to slap it out her hand and say “No! This is no good for anybody!”.

It’s an inventive concept, for sure, but the warm and fuzzy messaging behind the John Lewis Christmas campaigns has grown formulaic – or more specifically, the way in which these ideas are executed.

The video above, by internet satirists The Poke, was probably nothing more than a bit of fun. But I think it highlights how self-referencing and parodical the John Lewis Christmas ads have turned over the years. What was once an original and impactful set of elements – the soft focus cinematography, the crescendoing narrative, the stripped-down version of a popular song with all the vocal resonance of a blob of marmalade floating in a glass of water – have turned into predictable tropes ripe for comedy picking. Search your feelings, you know it to be true.

The Mother of All Mishaps – Hilarious Marketing Fails You Should Avoid

Advertising Jingles – Why Say It W